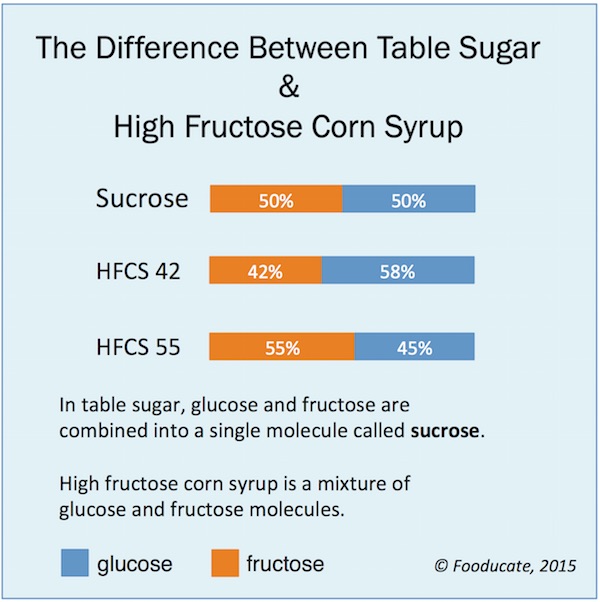 High fructose corn syrup (HFCS) is one of the most despised ingredients in consumer health circles. The corn derived sweetener has replaced sugar in soft drinks as well as thousands of other foods and beverages since the 1980′s. HFCS has been blamed by some people for the rise in obesity, diabetes, heart disease, cancer and a host of other maladies.

However, the vast majority of the scientific community maintains the stance that HFCS and sugar are equally unhealthy because people are consuming way too much. A few studies beg to differ, asserting that the slight chemical difference between table sugar and HFCS may lead to a different response in the body.

A recent study conducted at the University of Utah is one of the first to show a definitive correlation between HFCS consumption and negative health outcomes. Mice were fed a diet including sweeteners at percentages comparable to those consumed by humans. One group consumed HFCS, and a control group consumed sucrose (table sugar).

HFCS consumption led to a reduction in the reproductive capabilities and lifespan of female rodents. Female mice on the HFCS diet had death rates almost twice as high  compared to females on the sucrose diet. They also produced around 25 percent fewer offspring. Surprisingly, no difference was observed in male mice. The study will be published in the Journal of Nutrition in March.